As I mentioned before, I am a member of 20 Something Bloggers, as are several of the wonderful people reading/following this blog. And a fellow blogger that I "met" through 20sb just gave me my first award! Woohoo!

Lilly, who writes the blog A Pre-Life Crisis, gave me this award: 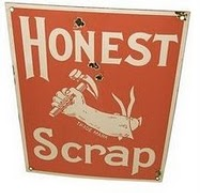 Thanks Lilly! Her blog is really cool and a lot of fun to read. If you haven't read it yet, go check it out right now. Or you can click on the award on my sidebar and it will lead you to her page.

According to Lilly, the rules for this award are that I have to list 10 facts that aren't common knowledge and pass it on to other bloggers. So here are my 10 facts, which some people may question the veracity of but which I firmly believe are true. And since I BELIEVE they're true, they ARE true! So there.

1. Every time there's a Cubs game in 85-degree weather and the fans crowd the train to maximum capacity, the air-conditioning on the train will inevitably break down.

2. If you act like you're talking to yourself on the train, the scary people will be much less likely to harass you. (You will also get to have your own seat all to yourself, no matter how crowded the train is.)

3. On the day that a major paper is due, at least half a dozen undergrads in each class will have "emergencies" that prevent them from turning in their work on time.

4. If the professor is more than five minutes late to class, the students will take that as an excuse to leave. (aka the 5-minute rule)

5. But if a student is more than thirty minutes late to class, the professor will take that as an excuse to stop the lecture right and then and there. She will then start beating her fists (the professor's, not the student's) against the wall and spouting off poems with tragic themes, the kind of poems where someone is driven to madness.

6. You can always tell who the Chicago tourists are because they look up every time the train rumbles by and comment on how much noise it makes. The locals, on the other hand, will just go about their business, because the noise has become part of their landscape.

7.  Britney Spears' music deserves more recognition and awards. (Besides, her music's fun to work out to! Seriously, you should listen to it! It's really not that bad! Really! AND STOP ROLLING YOUR EYES AT MY POST! YOU THINK I CAN'T SEE YOU DOING IT BUT I KNOW YOU'RE DOING IT RIGHT NOW!)

8. If you walk too slowly on a busy Chicago street, or, even worse, if you stop for even just a few seconds, you have a 99% chance of getting knocked over by impatient Chicago commuters who are in a hurry to get to the nearest Starbucks for their third daily dose of caffeine and their thirty-third dose of Wi-Fi.

9. Illinois is not pronounced "Illi-NOISE", and if you say it that way the locals will throw corncobs at you. Or at least they'll want to.

10. Chocolate is not one of the four food groups. But it should be.

So now, I am giving this award to the following awesome bloggers:


So thanks again, Lilly, for the awesome award! And to those bloggers I'm giving the award to, you don't HAVE to list ten facts. You can just do five or three or none at all. Or you can just put up the award on your blog. Or not. It's not like it'll offend me if you don't accept the award. It's not like I'll OBSESS over it. I'm not obsessive at all...

(Side note: I just realized I have more exclamation points and caps in this post than usual. I think it's because I just had my third daily dose of caffeine--oops, I mean my first; I mean, what day is it anyway? Methinks the caffeine is getting to me...)

And don't tell me to cut down on the caffeine. Or else I'll throw a corncob at you.
Posted by Neurotic Workaholic