That's Not My Name

On the other hand, I kept thinking about what would happen if I wrote something that someone didn't like, especially if that someone was someone I knew. I also thought that there was always the possibility that I might get some obsessed fan, and that that person might track me down and profess his or her psychotic devotion by leaving stuffed animals that were blindfolded at my front door or write the words "I know what you wrote last summer" on my windows.

I ultimately decided that it would be better to stay anonymous. One reason I don't have a MySpace or Facebook page is because I've heard of teachers who lost their jobs because of what they posted on those social networking sites. But then again, I doubt that there'd be anything incriminating on my page if I had one. It's not like I have any provocative pictures of myself where I'm under the influence or anything. I don't drink alcohol or do drugs, and I always keep myself covered up, thank you. I do have pictures of myself from college where I was doing readings from the Bible at Mass. I was very wild back then.

I also decided not to tell most of the people in my life about my blog. I thought that if people I knew were reading it, I might be pressured to write what they wanted to hear, not what I was actually feeling. By staying (mostly) anonymous, I can write what I want and not worry what anyone else will say. On the other hand, I've included several details about my life on this blog, so it wouldn't necessarily be too hard for anyone to figure out it was me.

College students are very Internet-savvy, and one fear I have is that my students might read this blog. I don't discuss my personal life with them, because I want them to see me as just their teacher and not someone who will throw fruit at any customer who cuts in front of her in line at the grocery store.

Just kidding. That's Kate Hudson. No, really, I look like this woman: 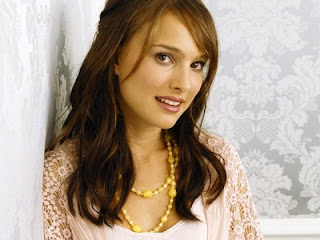 Tee hee. No, I don't look anything like her either. That's Natalie Portman. But people do often mistake me for a supermodel. Then again, these are the same people who also believe that vampires walk among us and will one day rule the world. (What? According to a lot of people, it's already happened.)

And I'm not really single, either. No, this is what my husband looks like: 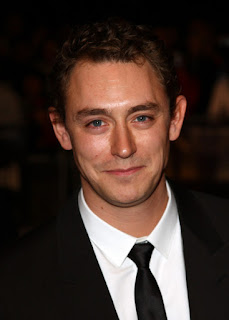 Yeah, he wears a suit all the time, because he works for the FBI and specializes in cases where people are found guilty of watching The Real Housewives or talking on their cell phones in movie theaters. He says stuff like, "Freeze! Now put down the cell phone and back away from it slowly."

Psych! That's the British actor JJ Feild. And I'm not really married to him. Not yet, anyway. Tee hee.

What I can say is that what I write about my life in this blog is true. I didn't start out with any particular theme or message in mind. I just wanted to write about what I was feeling and thinking, and I wanted to describe everything that I thought was interesting (or annoying or weird).

If and when I do publish a book, I'll use my real name. Maybe eventually I'll put my real name on this blog. But for now, it's just going to be "Neurotic Workaholic". And as anyone who's read this blog can tell, I definitely am a neurotic workaholic anyway. But if someone were to spill the beans on who I am, let me just say that I have stuffed animals of my own and I'm not afraid to use them.

What about you? What are your thoughts on writing anonymously?
Posted by Neurotic Workaholic